Geographic coverage: All 254 countries in the State of Texas 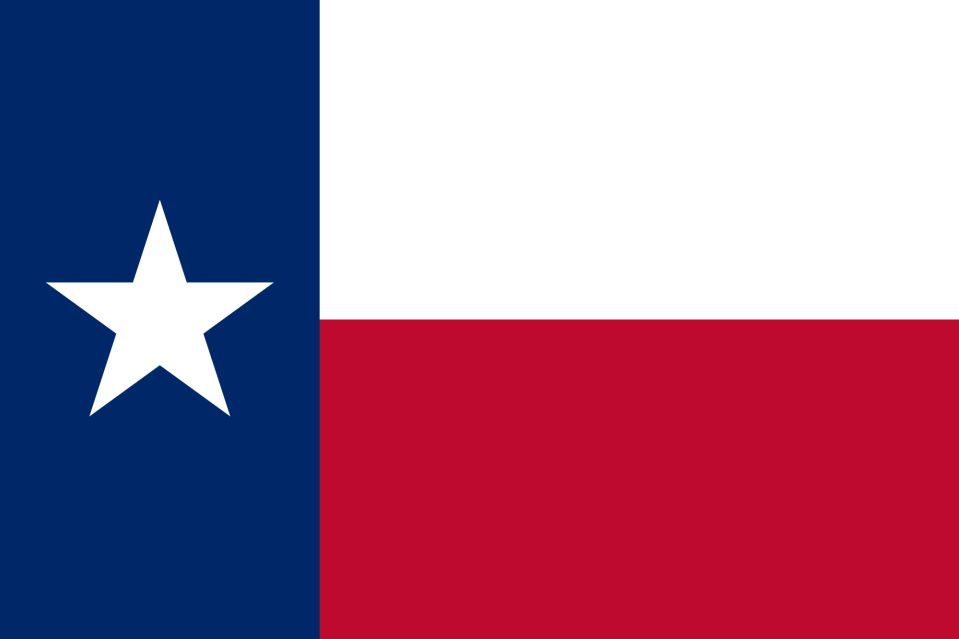 Benefits of Affiliation with our Texas EB-5 Regional Center

Business affiliates of EB5AN, including our Texas EB-5 regional center, can immediately begin raising EB-5 investment funds in any of the designated geographic areas that comprise our USCIS-approved regional centers.

Because TEA designation is crucial to the success of many EB-5 projects, it is important to understand how USCIS reviews TEA designation requests. Once you determine whether your Texas EB-5 regional center project is located in a TEA, you can prepare a TEA report yourself. The free downloadable report available through the EB5AN TEA map is also suitable for submission to USCIS.

If you still need assistance with preparing your EB-5 TEA report for your EB-5 regional center project in Texas, please contact the EB5AN team directly by phone at 1-800-288-9138 or via e-mail at info@eb5an.com, or simply order an EB-5 TEA Qualification Report.

Historically, several elected Texas public officials, including senators and congressional representatives, have endorsed the EB-5 regional center program as a great opportunity for the U.S. economy and for foreign investors who want to immigrate to the United States and invest in a USCIS-approved Texas EB-5 regional center such as the EB5AN Texas Regional Center. 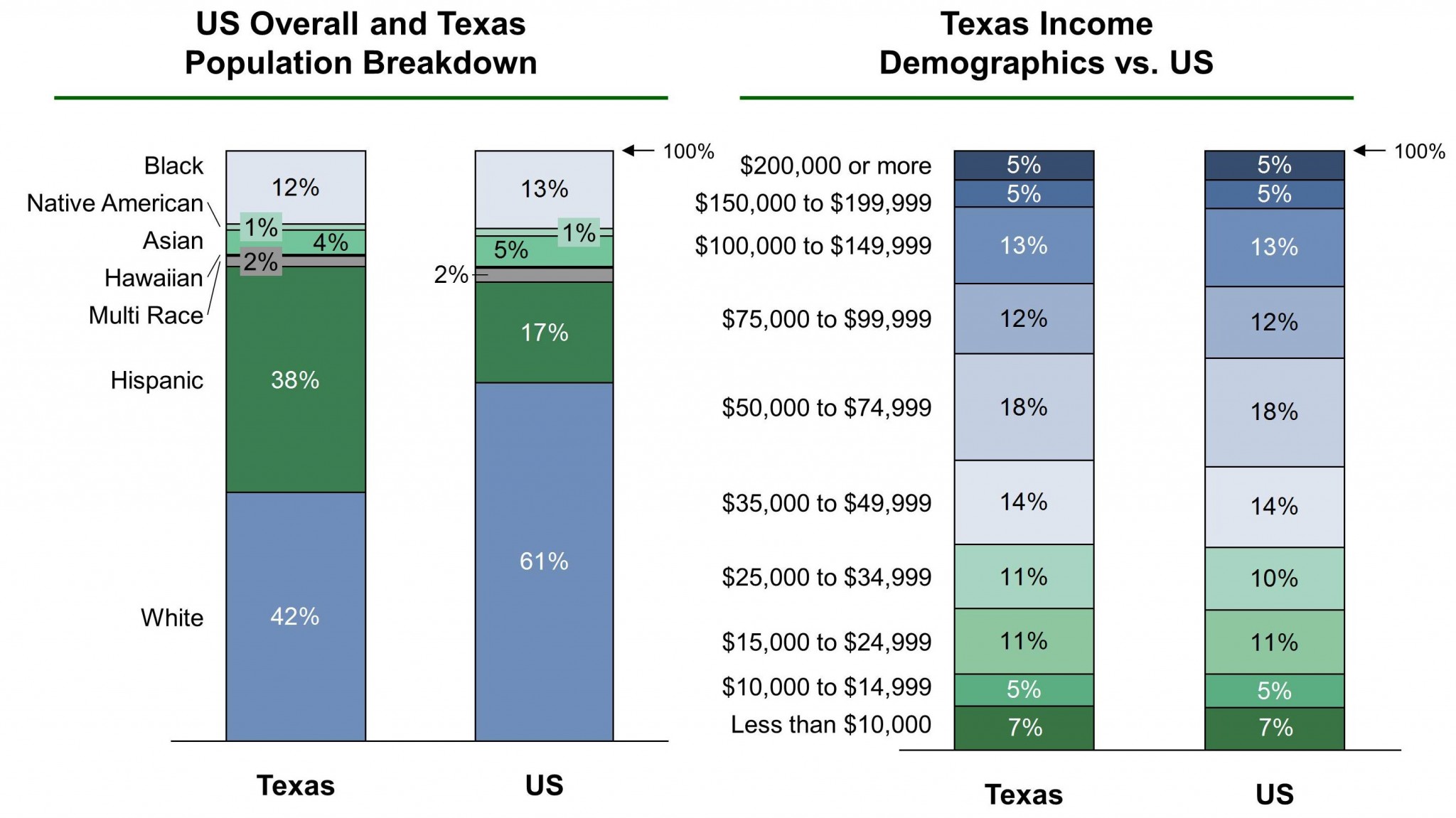 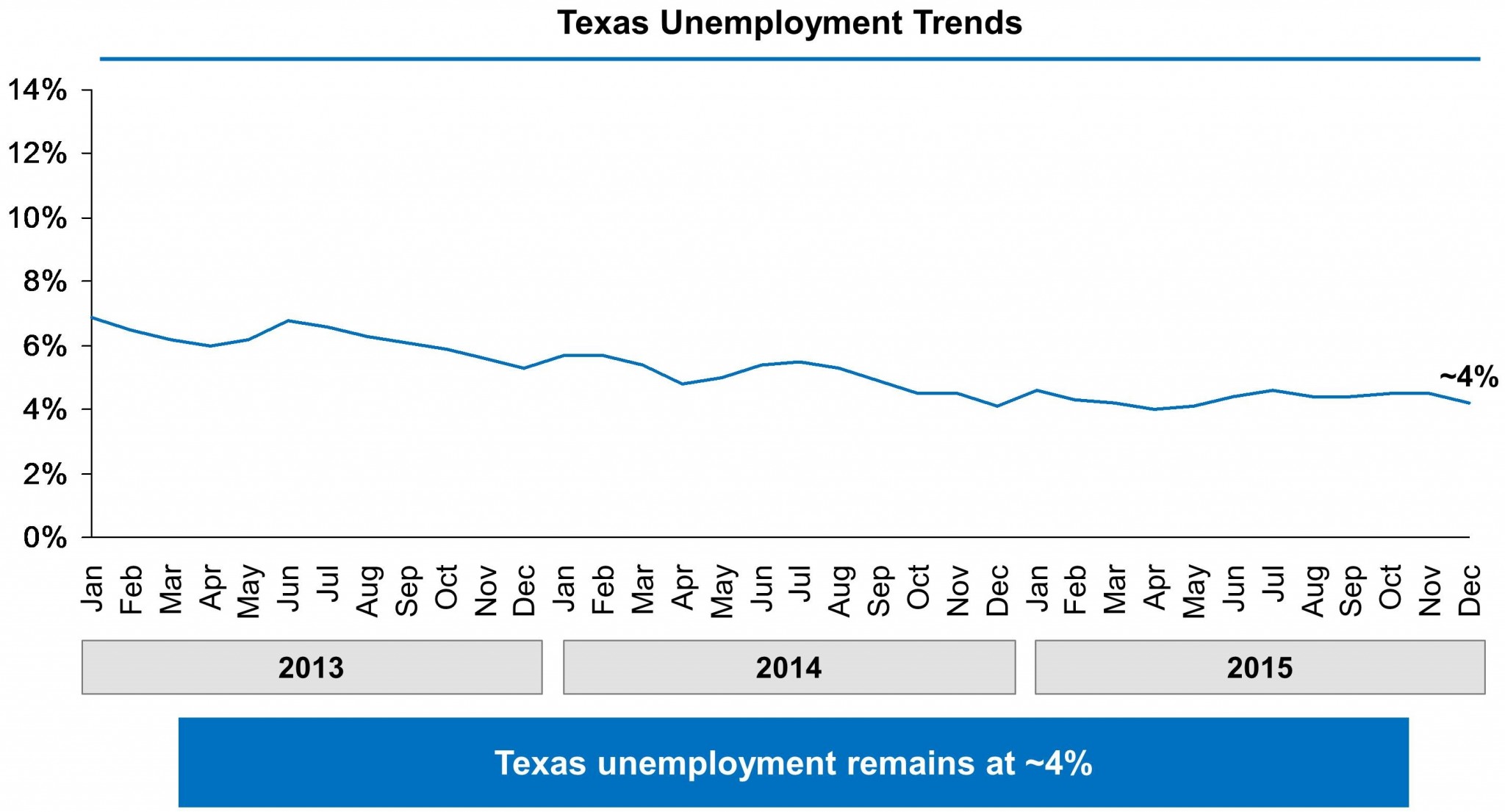 Texas covers an area of 268,581 square miles, with a width of 773 miles and a length of 790 miles. This implies a population density of 103.1 people per square mile, which makes Texas the 26th-most densely populated state in the United States.

The capital of Texas is Austin, the largest city is Houston, and the largest metro area is the Dallas–Fort Worth–Arlington area. The gross domestic product (GDP) of Texas in 2010 was $1,208 billion. This implies a compound annual growth rate from 2000 to 2010 of 5.12% and a per capita GDP of $43,993. Texas is the second-largest economy in the United States by GDP.

Texas’s GSP is comparable to the GDP of India or Canada, which are the world’s 12th- and 11th-largest economies, respectively. Texas’s economy is the fourth largest of any country subdivision globally, behind England (as part of the UK), California, and Tokyo Prefecture. Its per capita personal income in 2009 was $36,484, ranking 29th in the nation.

Texas’s large population, abundance of natural resources, thriving cities, and leading centers of higher education have contributed to a large and diverse economy. Since oil was discovered, Texas’s economy has reflected the state of the petroleum industry. In recent times, urban centers have increased in size, containing two-thirds of the population in 2005. Texas’s economic growth has led to urban sprawl and its associated symptoms.

In 2010, Site Selection magazine ranked Texas as the most business-friendly state in the nation, in part because of the state’s $3 billion Texas Enterprise Fund. Texas has the joint highest number of Fortune 500 company headquarters in the United States, along with California. 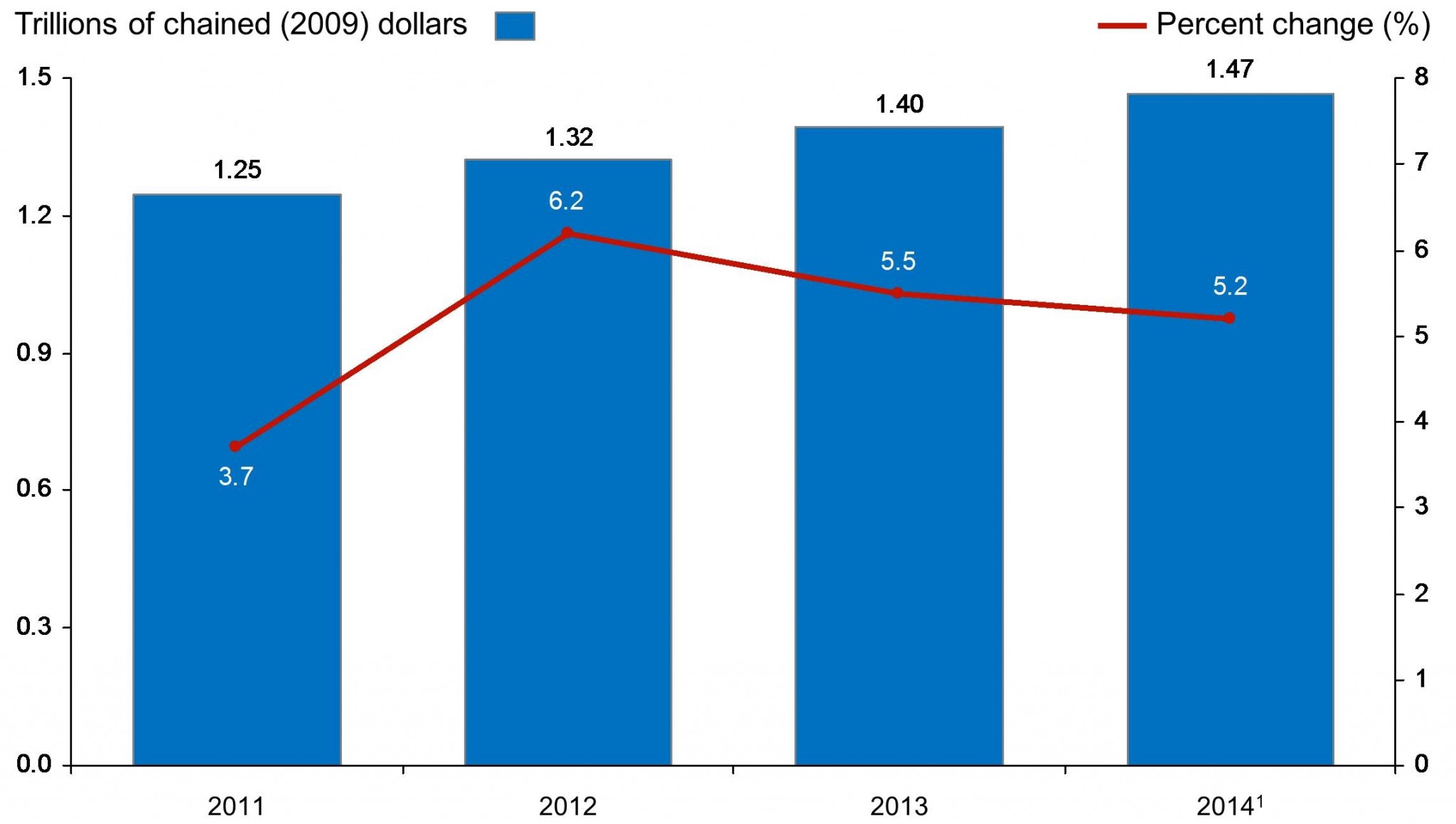 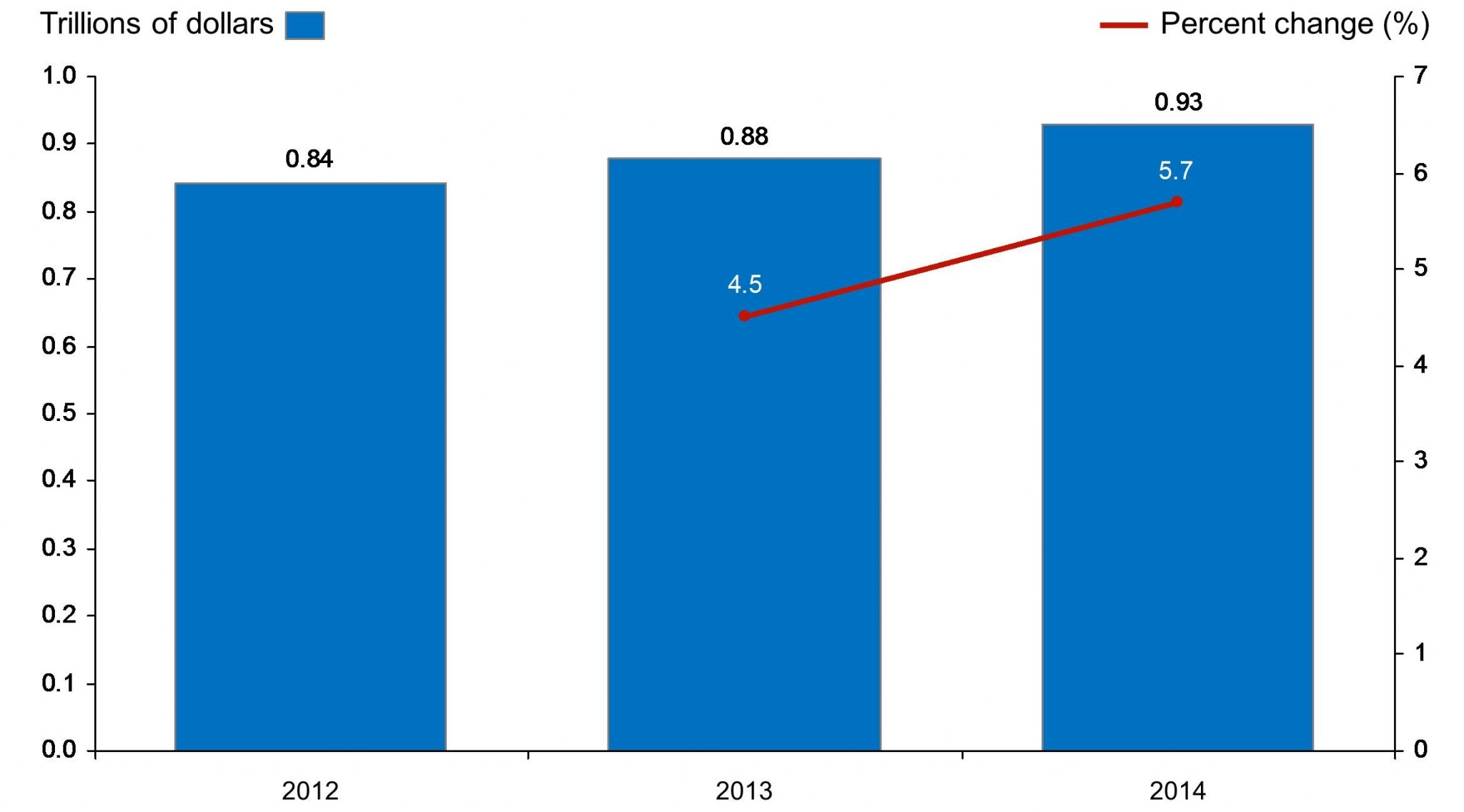 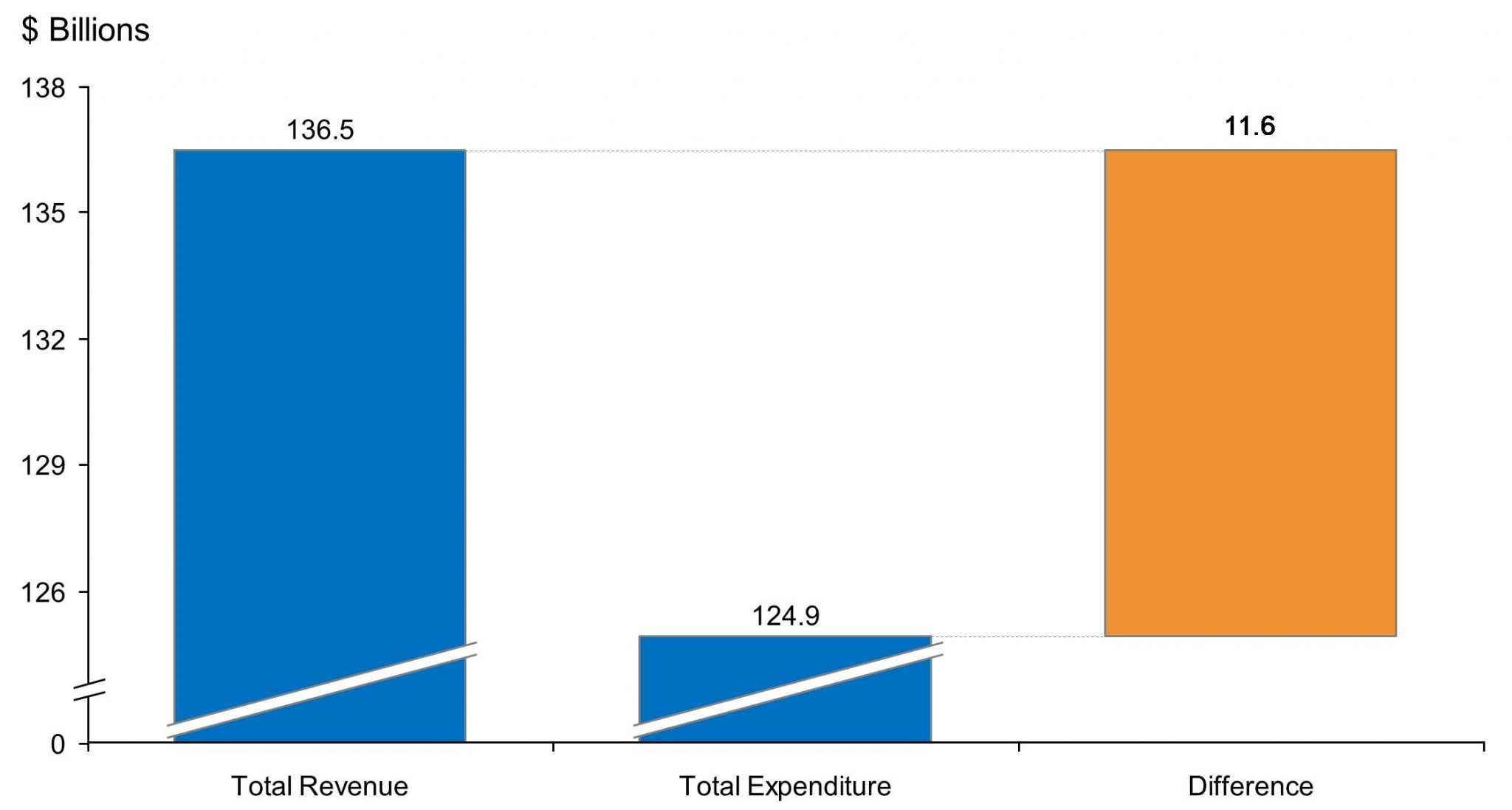 In 2013, the government of Texas collected $136.5 billion and spent $124.9 billion, resulting in a net difference of $11.6 billion. Revenue is sourced from federal and local taxes, sales tax, and individual and corporate taxes. Expenditures include education, welfare, highways, police, and other social services. 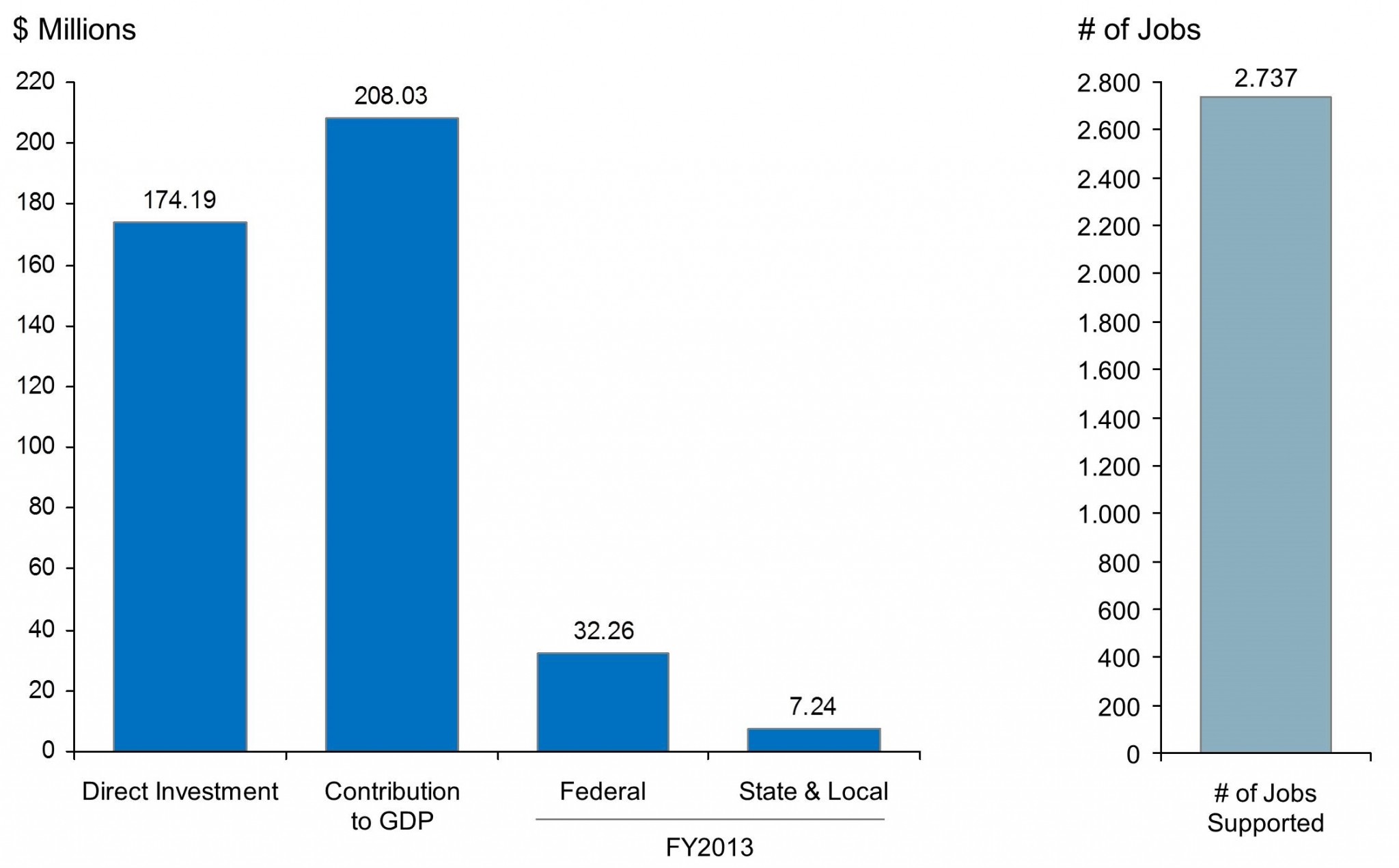 In Texas, EB-5 investment has supported the direct creation of 2,737 jobs. These jobs were the result of roughly $174 million in direct investment from EB-5 projects, contributing $208.03 million to the state’s GDP. EB-5 investment in Texas also contributed $32.26 million to federal revenue and $7.24 million to Texas state government and local municipal revenue. 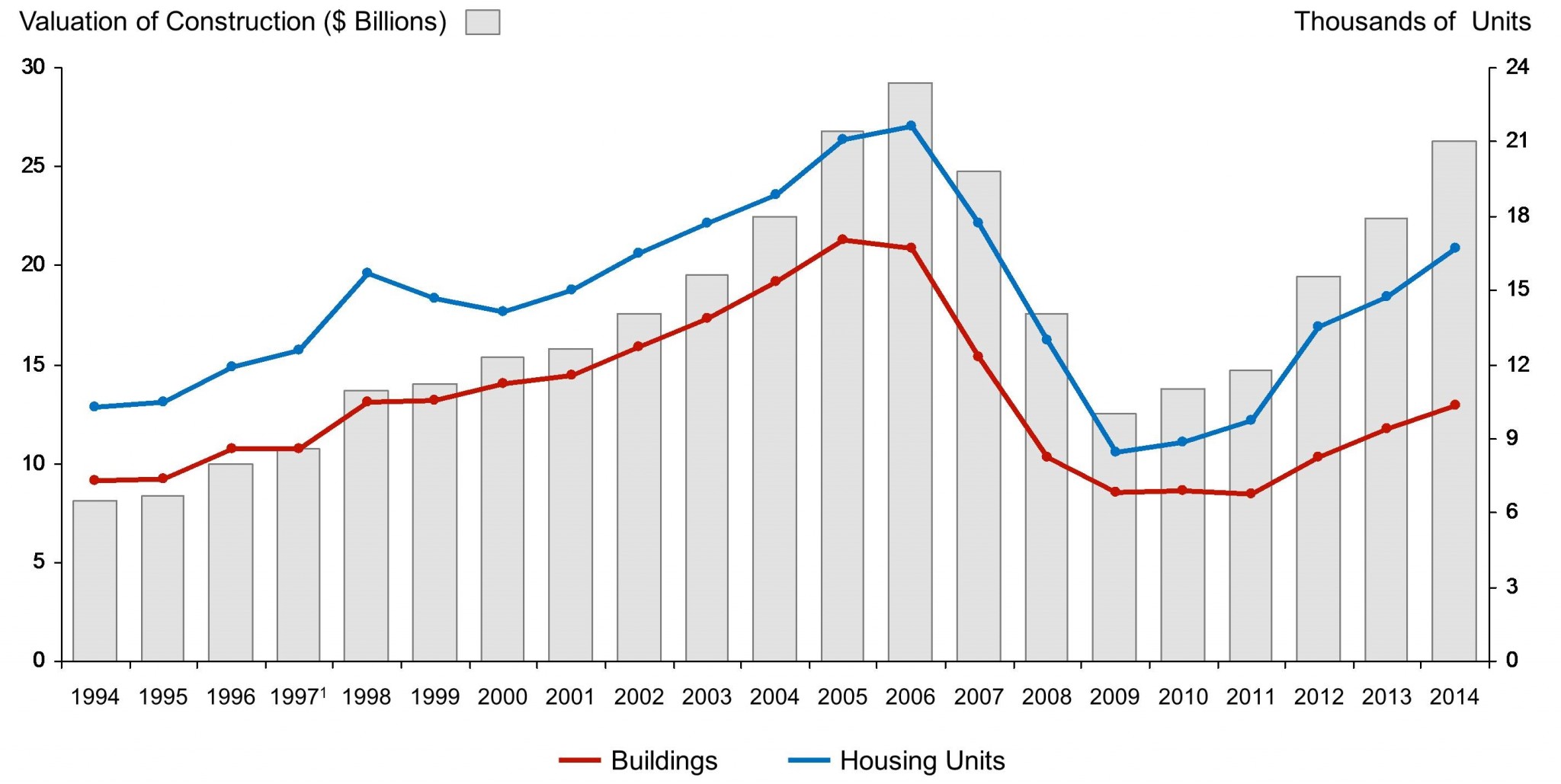 Since 2009, Texas has seen increased growth of privately owned housing units, both in new buildings and housing units. In 2014, roughly 21,000 privately owned units were authorized by building permits. Most of these units are in Texas’s largest cities, which include Houston, San Antonio, Dallas, Austin, and Fort Worth.

The EB5AN State of Texas Regional Center covers the entire state of Texas, including the following cities in the state. Houston is the largest city in Texas and the fourth largest in the United States; the city is highly diverse and is one of the nation’s largest Latino, African American, and Asian American population centers. San Antonio is a beautiful city located at the axis of three different types of terrain: hill country, South Texas plains, and prairies and lakes. Austin is the capital of Texas, the home of Texas University, and an influential center for politics, technology, music, film, and food.

Dallas and Fort Worth are part of the Dallas–Fort Worth Metroplex, the most populated area in Texas, which has a population exceeding 7 million people. Fort Worth, sometimes referred to as “Cowtown,” is closer to its cowboy roots than neighboring Dallas. Sugar Land is one of the most affluent and fastest-growing cities in Texas. It is home to the headquarters of Imperial Sugar; the company’s main sugar refinery and distribution center were once located in the city.

Plano city is a hub for many corporate headquarters. Plano is also considered to be the safest city in the nation, according to Forbes. Irving is the 13th-most populous city in Texas and is now a bustling city of more than 200,000 residents. Carrollton is a fast-growing suburb of Dallas in the prairies and lakes region of Texas.