All over Hartford, including Downtown and South Green, the EB5 Affiliate Network (EB5AN) regional center in Connecticut has geographic coverage for developers who seek funding for EB-5 projects. If you’re interested in affiliating your Hartford EB-5 project with an EB5AN regional center, let us know. We’ll contact you within 24 hours.

When you rent our State of Connecticut EB-5 regional center, you can …

Our EB5AN regional center, with coverage of the entire state of Connecticut, allows our affiliates to raise EB-5 capital for projects in any area of Hartford, including its suburbs. EB5AN operates numerous regional centers approved by U.S. Citizenship and Immigration Services (USCIS). The full list is available on the USCIS list of approved regional centers.

Unaffiliated projects may count only direct employment positions of more than 24 months toward their job creation total. Regional center projects, which allow investors to count indirect jobs, result in higher job creation numbers, so they tend to be much more attractive. This allows developers to easily gather more EB-5 capital for their projects.

3. Become an affiliate quickly so you can turn your attention to raising EB-5 capital.

Your I-924 application to form a Hartford EB-5 regional center can be ready to submit within three weeks, not three months.

Since it involves close attention to a number of economic, business, and legal elements, completing an approval-worthy I-924 requires the expertise of a professional team and often takes months. The team at EB5AN has a history of success, having conducted more than 300 business plans and economic impact studies in compliance with USCIS standards, and our regional centers cover more than 20 states. We’re not intimidated by the application’s intricacies or its lengthy adjudication process because our extensive experience and resources equip us to competently compile its requisite documentation.

If you would like to learn more about USCIS approval, contact EB5AN, and we’ll answer your questions within 24 hours.

Because targeted employment area (TEA) designation holds numerous benefits for EB-5 projects in Hartford and other cities, it is important to understand both the benefits of and the USCIS process for TEA designation. To determine whether your EB-5 project location falls within a TEA, please consult our free EB-5 TEA map, which includes data for the entire United States. All you need to do is to enter the project address—the rest of the process is automated.

If you confirm that your EB-5 regional center is located in a TEA in Hartford, you can also use the EB5AN TEA map to instantly download a free TEA Qualification Report that shows all the data and calculations that support TEA qualification for your project location. Should you have any questions or concerns, don’t hesitate to contact the EB5AN team by phone at 1-800-288-9138 or via e-mail at info@eb5an.com. We promise to respond within 24 hours.

The city of Hartford is filled with economic potential.

Hartford’s Mark Twain House and Museum, Trinity College, and the University of Connecticut–Hartford campus are just three of the many features that interest sightseers and students from numerous states and countries. Since welcoming the EB-5 Regional Center Program, Hartford has also seen increased interest and economic stimulus from foreign investors who want to live in the United States.

The EB5AN State of Connecticut Regional Center has geographic coverage of Hartford County, including the towns of Simsbury, Manchester, and New Britain. Immigrant investors can meet the qualifications for the EB-5 program and clear a path to U.S. permanent residency when they invest through our USCIS-approved Hartford regional center. 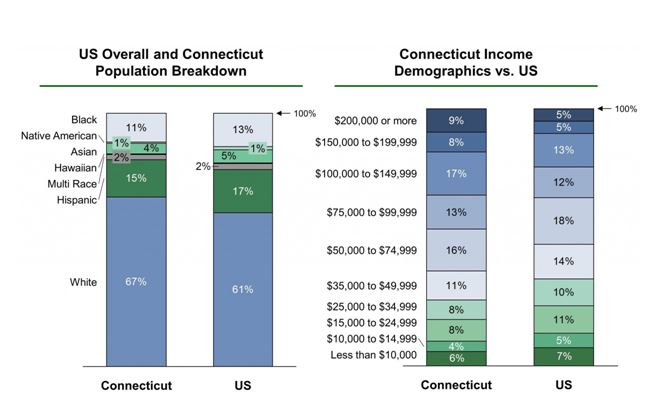 Hartford’s population of more than 123,000 can certainly benefit from a lower unemployment rate resulting from completed EB-5 regional center projects in the community. By becoming a business affiliate of the EB5 Affiliate Network, you can take an active role in bringing new development and jobs to the people of Hartford by promoting EB5 investment.

For help with EB5AN regional center affiliation or new USCIS-approved regional center formation, contact us now. Call 1-800-288-9138 or e-mail info@eb5an.com, and we’ll be in touch within 24 hours.