EB-5 Petition Filings Stronger than Ever and Growing

According to recently released data from United States Citizenship and Immigration Services (USCIS), an increased number of EB-5 filings has resulted in a growing backlog of pending petitions.

The updated data from USCIS provides numbers for Q1 of FY2016. 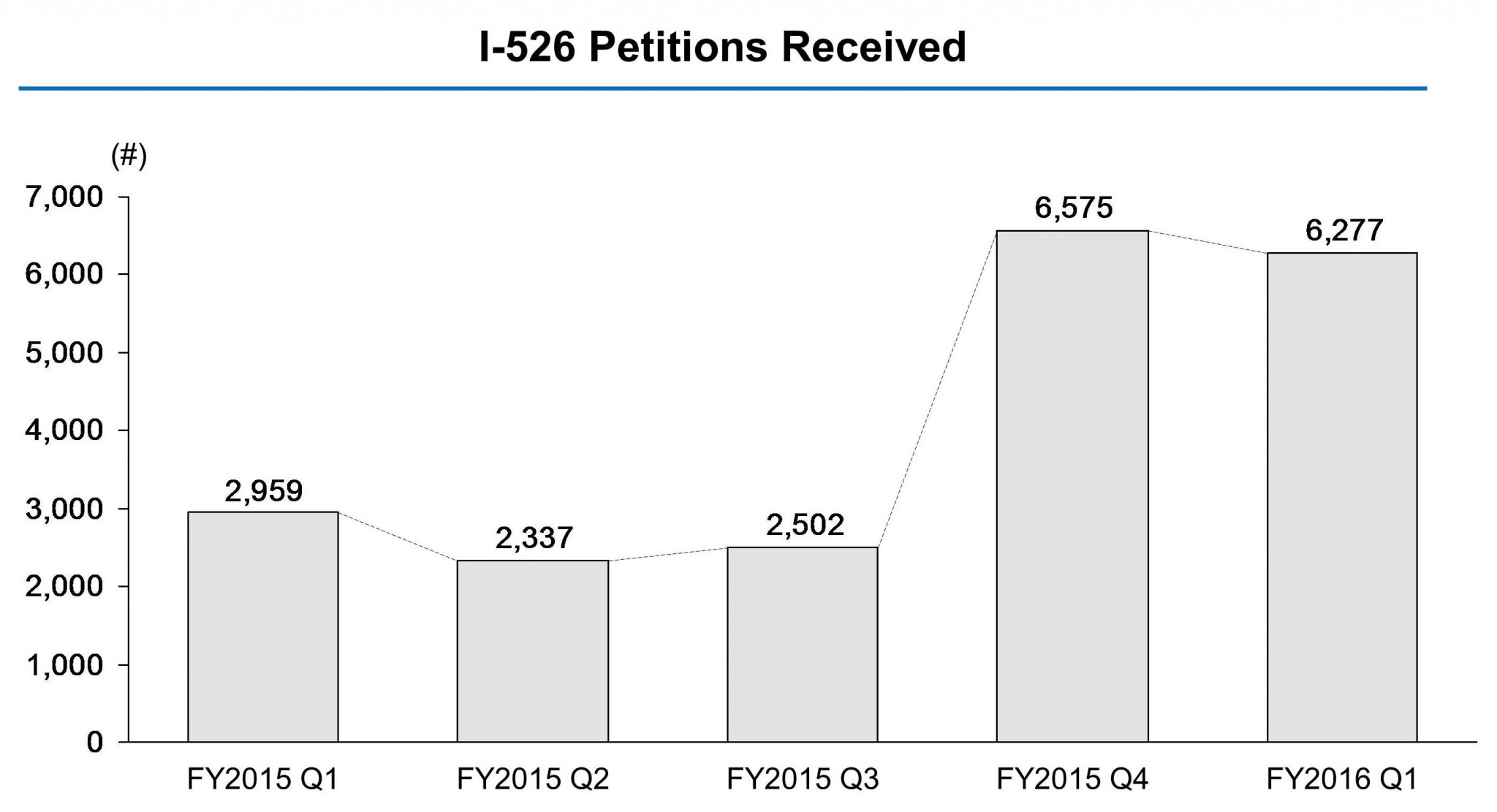 Increased Number of I-526 Petitions

The record number of I-526 Petitions filed at the end of 2015 and beginning of 2016 has been attributed to uncertainty surrounding the continued efforts of Congress to reform the EB-5 Program.

The total number of petitions received by USCIS in 2015 was 14,373—approximately 46% of these were received in quarter four. The increased number of filings continued into 2016, with the first quarter seeing 6,277 I-526 Petitions filed. It’s worth noting that only two years ago, in 2013, the total number of filed I-526 Petitions was 6,346, which is equivalent to the number of petitions filed in each of the two most recent quarters. 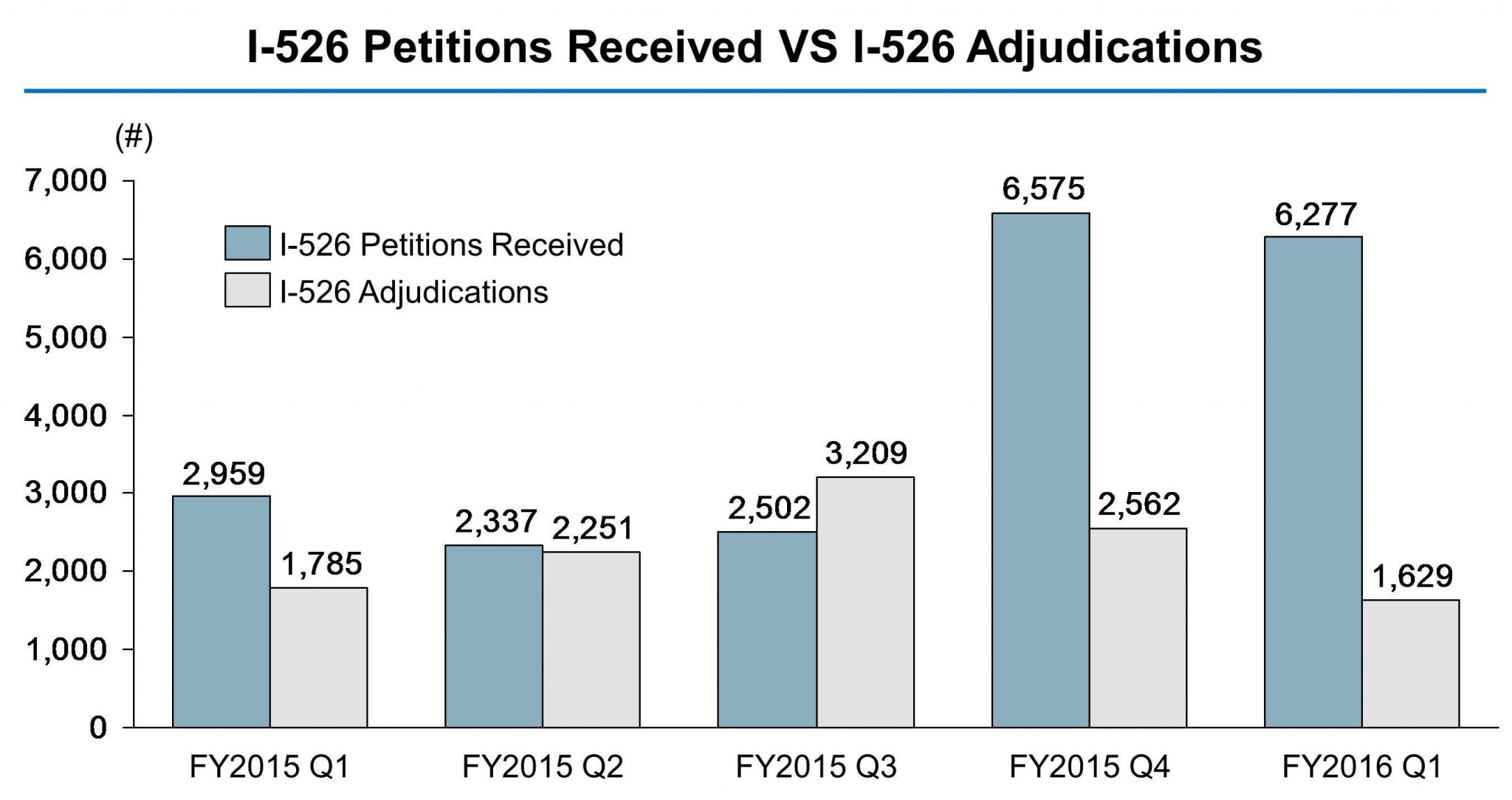 Since the beginning of 2015, the backlog has increased by more than 60% for I-529 Petitions and nearly 40% for I-829 Petitions. This growing backlog has resulted in even longer average processing times, demonstrated in the graph below. 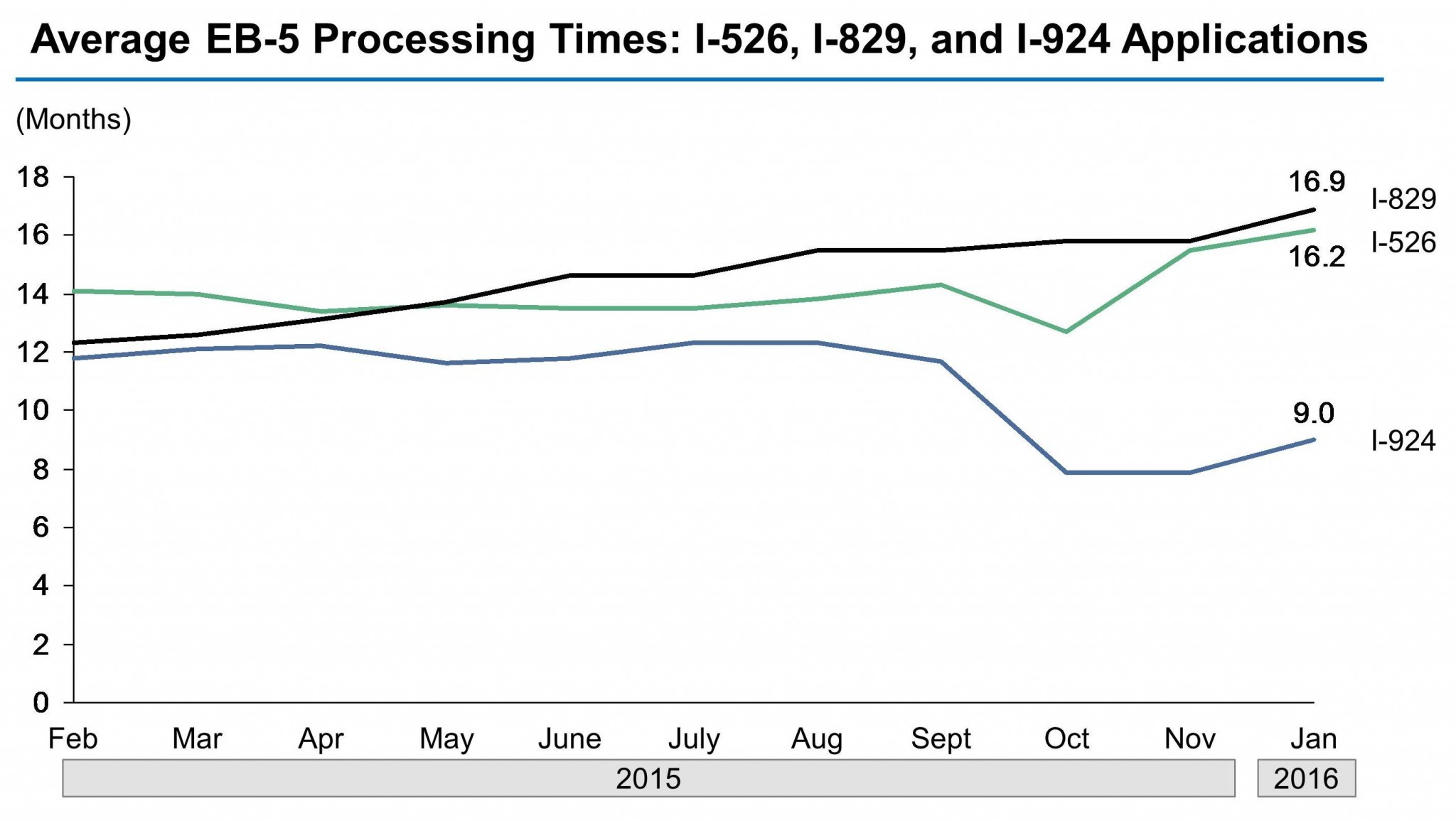