United States Citizenship and Immigration Services (USCIS) has released statistics about its processing data from the first quarter of FY2020 (October 1 to December 31, 2019). The low rate of adjudications seen in FY2019 has continued in the beginning of FY2020, with only 455 adjudicated I-526 petitions and a whopping 17,000 pending. 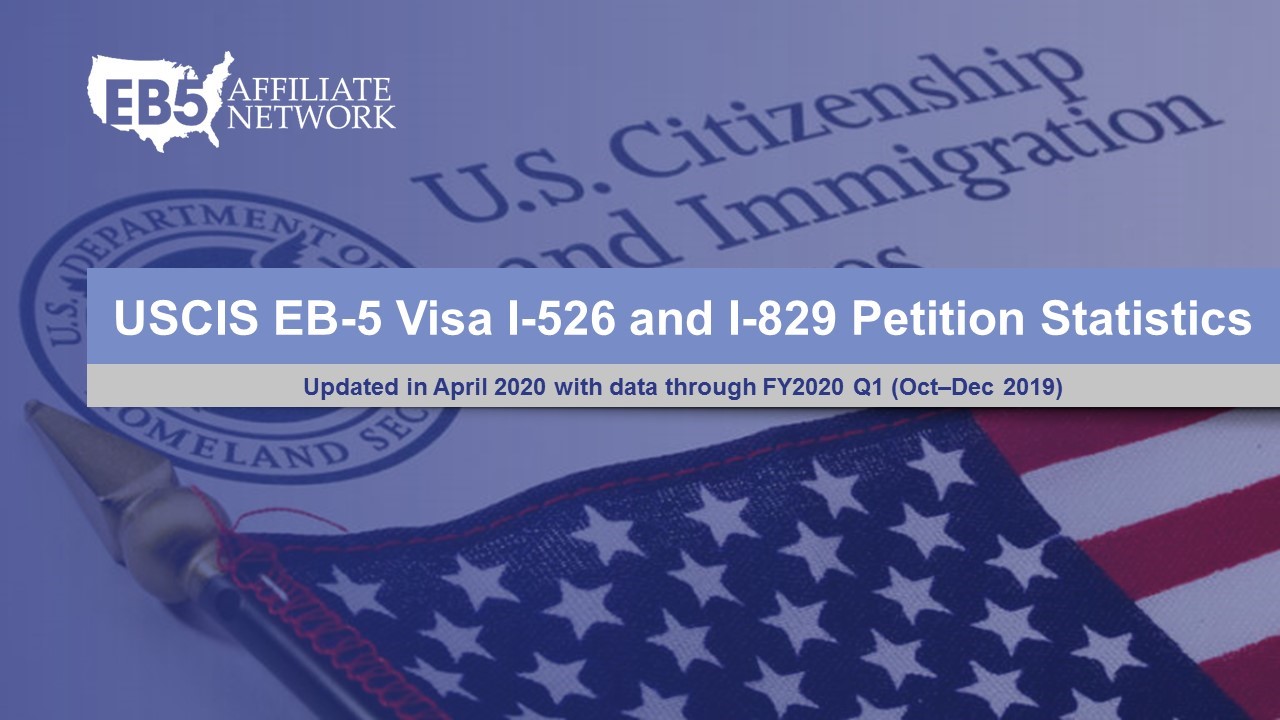 FY2020 Q1’s I-526 adjudication figures mark a record low, falling even lower than FY2019 Q4’s previous record low of 546. The yearly total for FY2019 was around 5,000 adjudications, but at the current rate, USCIS won’t even reach 2,000 in FY2020. Chief Sarah Kendall, who has been heading the Immigrant Investor Program Office (IPO) since FY2019, has driven down adjudications ever since taking over, instead focusing on integrity and security matters, as she revealed in a March 13 public engagement.

The massive increase to the I-526 backlog is not entirely Kendall’s fault, as the number of I-526 petitions filed also saw a substantial increase in FY2020 Q1. According to USCIS’s data, 4,264 I-526 petitions were filed from October 1 to December 31, 2019—that’s more than the entire 2019 financial year in a single quarter.

The rise in receipts was entirely predictable. With the passing of the EB-5 Modernization Rule in November 2019 bringing an 80% increase to the minimum required investment amounts—from $1 million to $1.8 million and $500,000 to $900,000, respectively, depending on the targeted employment area (TEA) status of a project—EB-5 investors were expected to rush to file before the November 21 deadline, and they clearly did. Nonetheless, the increase is not overwhelmingly large, since similar increases have been seen in the past following the September 30 conclusion of a fiscal year.

What’s disappointing is that despite this jump in I-526 receipts, the IPO has continued its downward trend of I-526 adjudications. Although demand for I-526 petitions is increasing, the IPO is consistently failing to meet it. With 245 employees and an average of 8.5 hours spent on each adjudication, the IPO certainly has the capacity and resources to plow through adjudications like it did in FY2018, which saw more than 15,000 I-526 adjudications.

Drop in I-526 Processing Times

USCIS’s statistics showing record-low I-526 adjudications come just as it simultaneously reports ever-lowering average I-526 processing times. According to the USCIS website, the average historical processing time for I-526 petitions in FY2020 Q1 was just 12.6 months—a five-year record low. Anecdotal reports also suggest faster-than-usual I-526 processing times, at least for some investors. The true picture will only be revealed when USCIS releases the quarterly processing data for FY2020 Q2.