Looking to improve the prospects of your Columbus-based EB-5 project? Contact EB5 Affiliate Network (EB5AN) to learn more about affiliating with us. The EB5AN Georgia regional center covers the city of Columbus in full, extending its services to Downtown, Avondale, and every other district.

How can affiliation with the EB5AN’s State of Georgia EB-5 regional center enhance the performance of your EB-5 project in Columbus?

There are many reasons to affiliate with an EB5AN EB-5 regional center. Here are just a few.

1. You can begin the process of EB-5 capital raising sooner.

Naturally, you want to start gathering capital for your EB-5 project in Columbus as soon as possible. The quickest way to do so is to affiliate with the EB5AN regional center. We’ll allow you to instantly commence capital-raising activities anywhere in the city of Columbus because our regional center covers the entire state of Georgia. Additionally, why not take a look at the Immigrant Investor Regional Centers for which U.S. Citizenship and Immigration Services has awarded us official approval?

Your EB-5 project must satisfy the EB-5 investment requirement of creating 10 new jobs. Meeting this criterion is far easier if you’re affiliated with an EB5AN regional center because affiliation allows you to count both direct and indirect job creation. Naturally, counting indirect job creation will lead to larger figures and, ultimately, more capital for your project. On the other hand, non-affiliates are left scrambling to directly create 10 new jobs for each EB5 investment, able to count only payroll employees who have been employed for at least two years.

3. You can complete the affiliation process quickly and painlessly with our assistance.

Don’t let bureaucratic issues delay you from gathering EB-5 capital for your Columbus project. Our highly experienced team can aid you in the application process, allowing you to start raising capital even sooner. Once we determine the eligibility of your project for affiliation with our regional center, we’ll consult with you to ascertain the level of job creation and capital support your project will entail.

Let us complete your I-924 application to establish your own EB-5 regional center in only three weeks.

In a mere three weeks, you can apply for a new USCIS-approved EB-5 regional center in Columbus. Our experienced team will make sure of it. We’re highly familiar with USCIS processes, including the adjudication process, and, as we offer comprehensive EB-5 coverage in more than 20 states, we’ve already conducted hundreds of business plans and economic impact studies that complied with USCIS guidelines. The I-924 form may contain an abundance of difficult legal, economic, and business aspects, but let us worry about those for you, since we possess all the necessary resources to expertly complete the I-924 application form while circumventing all the possible traps it presents.

Want to know more about our process to attain USCIS approval for your EB-5 regional center? Contact us with any questions and concerns, and we’ll answer them within 24 hours—guaranteed.

Which parts of Columbus count as targeted employment areas?

Because targeted employment area (TEA) designation holds numerous benefits for EB-5 projects in Columbus and other cities, it is important to understand both the benefits of and the USCIS process for TEA designation. To determine whether your EB-5 project location falls within a TEA, please consult our free EB-5 TEA map, which includes data for the entire United States. All you need to do is to enter the project address—the rest of the process is automated.

If you confirm that your EB-5 regional center is located in a TEA in Columbus, you can also use the EB5AN TEA map to instantly download a free TEA Qualification Report that shows all the data and calculations that support TEA qualification for your project location. Should you have any questions or concerns, don’t hesitate to contact the EB5AN team by phone at 1-800-288-9138 or via e-mail at info@eb5an.com. We promise to respond within 24 hours.

With a lively culture and a vibrant economy, Columbus is a fantastic location for your EB-5 project.

Columbus is an exciting city in the American South that attracts visitors of all sorts from near and far. Naturally, tourists flock to the city for the famous landmarks, such as the Center of Science and Industry (COSI), and students from across the U.S. and the world gather at Columbus State University to broaden their academic horizons. Columbus is also an attractive city for foreign investors who desire to start a new life in the U.S.A., as Columbus advocates the EB-5 Regional Center Program as a positive opportunity to aid both the U.S. economy and foreign investors.

Muscogee County’s Fountain City is fully covered by our EB5AN State of Georgia EB-5 regional center, through which qualified foreign investors looking to start anew in the promising land of the United States can obtain permanent residence by investing in a USCIS-approved EB-5 regional center that geographically covers Columbus, as well as the neighboring regions of Upatoi, Opelika, and Auburn. 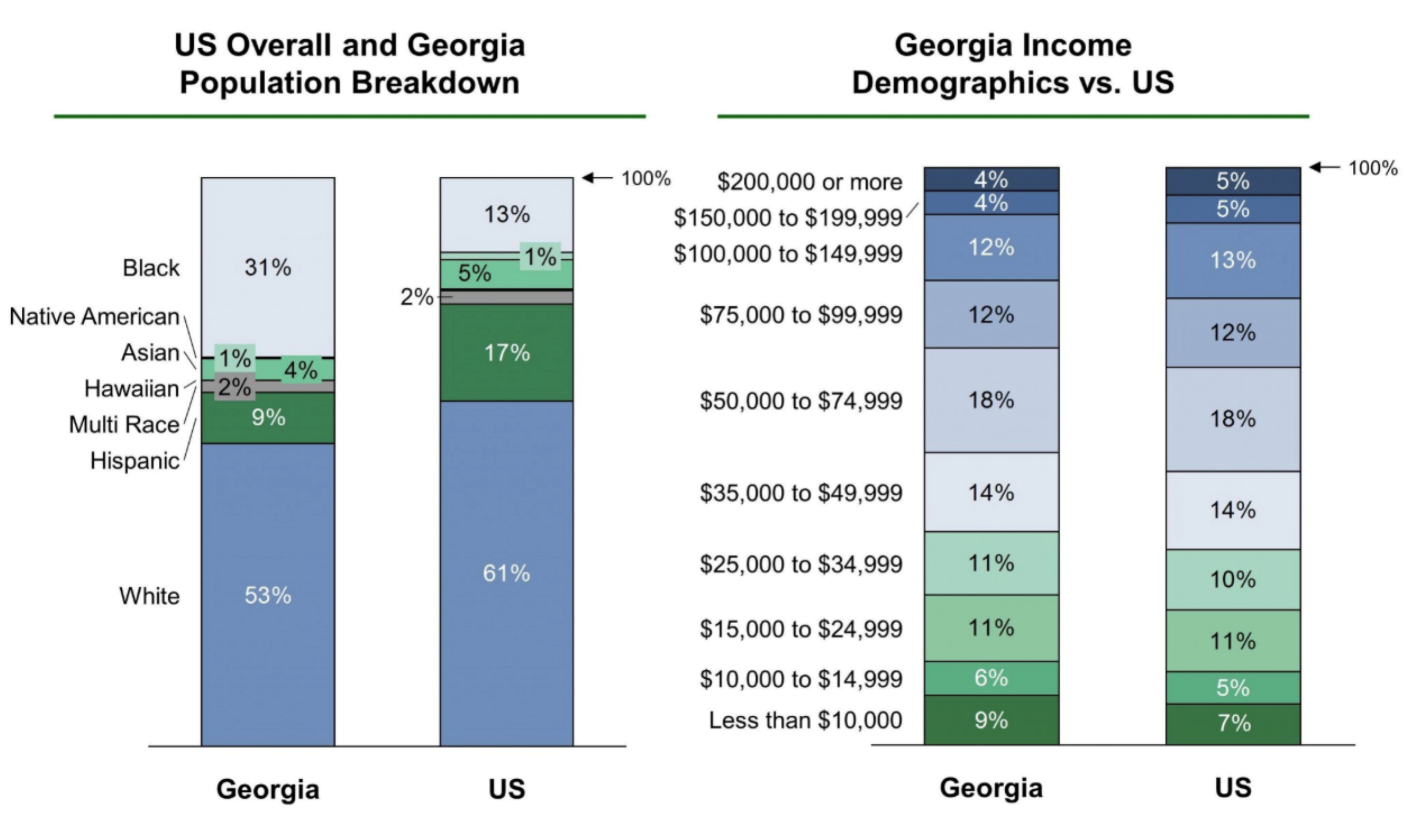 Although with 197,485 inhabitants Columbus may not constitute the largest city in the U.S., its people are full of life, and its economy is promising. Thus, the 739th-most densely populated U.S. city is the perfect location for your EB-5 project.

By affiliating with EB5AN, you can make a difference in the lives of the almost 200,000 people who call Columbus, Georgia, home. Your project will generate new jobs in the city, helping to reduce the unemployment rate and elevate the standard of living.