As we enter the second month of FY2021, the EB-5 final action dates show no sign of jumping forward rapidly. The figures come as a disappointment to the many Chinese and Vietnamese applicants with EB-5 investments waiting to finally begin their new lives in the United States. FY2021 has potential to be a phenomenal year for EB-5 investors, considering that nearly twice as many EB-5 visas than average are available in FY2021—a beneficial side effect of the COVID-19 pandemic and its devastating effects on travel and immigration. With this news released at the beginning of the fiscal year in October 2020, investors hoped the surge in available EB-5 visas would spur rapid forward momentum in the November 2020 Visa Bulletin. Alas, this was not the case.

Generally, United States Citizenship and Immigration Services (USCIS) releases the monthly Visa Bulletin around two weeks before the respective month begins, but the November 2020 Visa Bulletin showed up barely before November began. This delay indicates possible difficulties in determining the final action date figures this time around. Temporarily suspended visa services at U.S. consulates and embassies have left countless EB-5 investors unable to proceed with their EB-5 journey, regardless of the Visa Bulletin dates, while domestic investors have encountered no obstacles in filing Form I-485 to adjust their immigration status. Thus, moving the final action dates forward generally helps only I-485 applicants. This leaves USCIS with a dilemma: push the final action dates forward and risk major retrogression when routine visa services resume, or keep the pace slow and risk countless EB-5 visas going unclaimed? 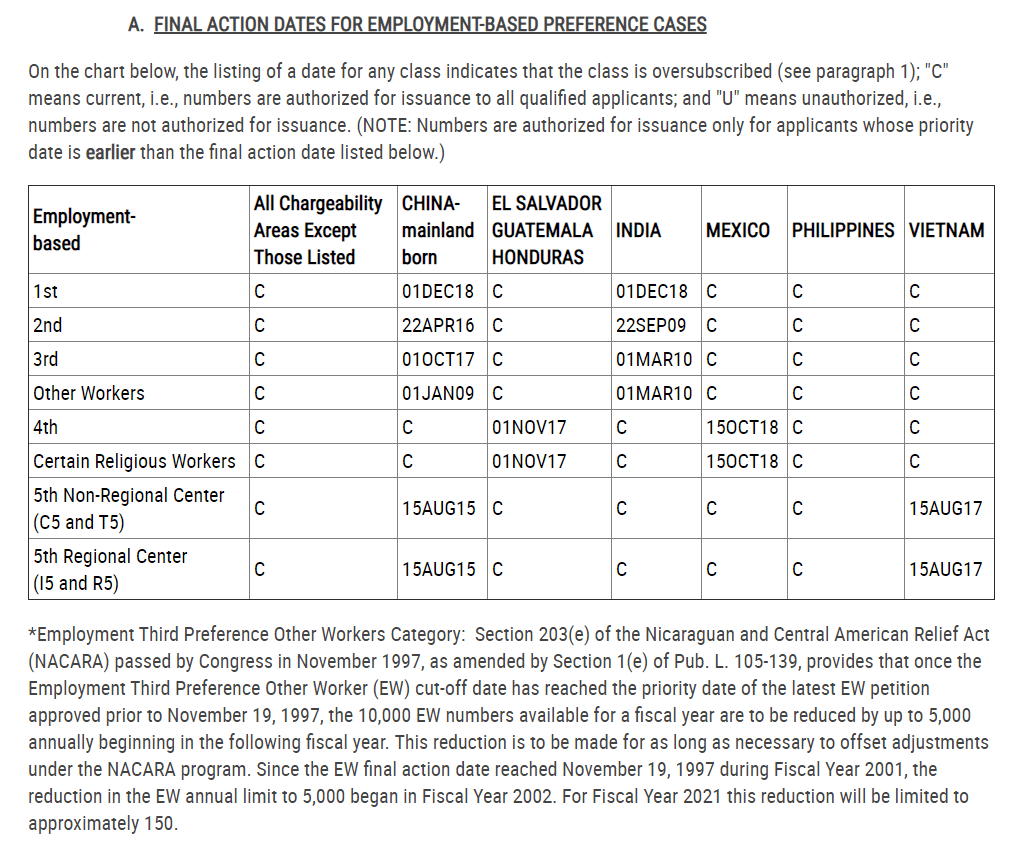 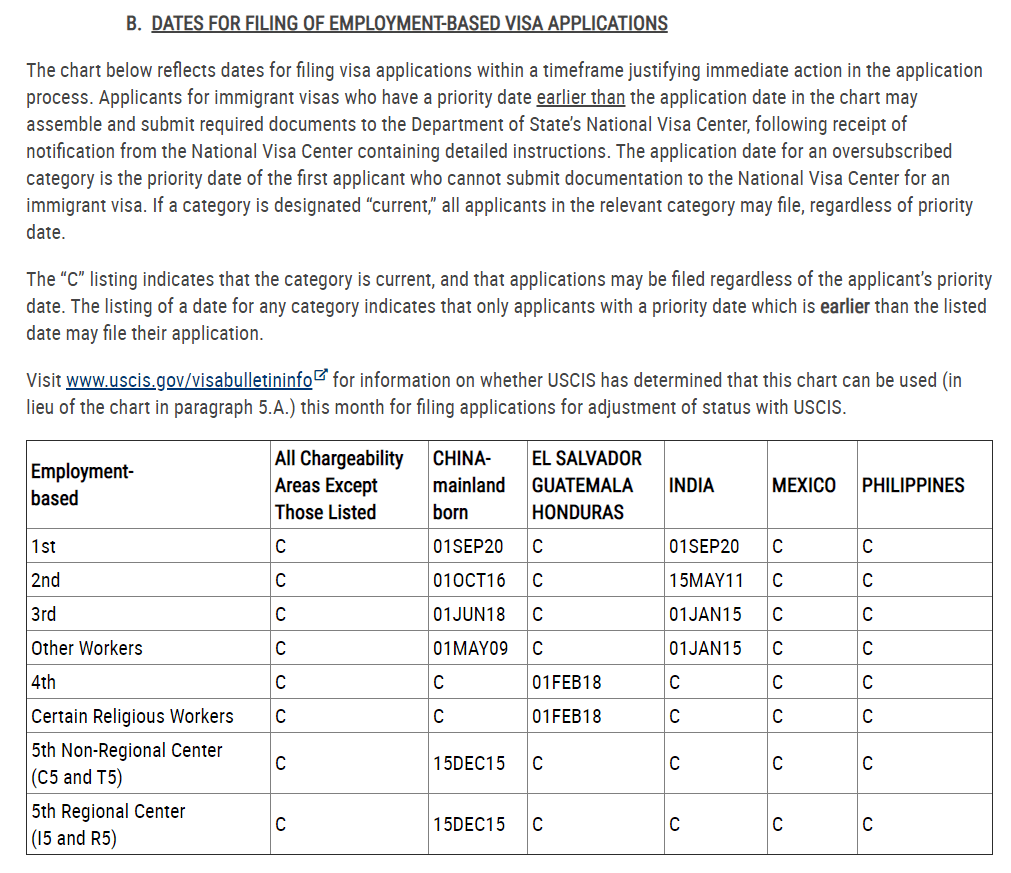 China remains the only country with an EB-5 date for filing, which has remained at December 15, 2015, for the ninth month in a row. Those from China with EB5 investments who are waiting to file their application for a U.S. green card have been stuck in limbo since the onset of the COVID-19 pandemic in the United States, and their frustration is not set to end for at least another month.

Considering the dismal news of the November 2020 Visa Bulletin, individuals making EB-5 investments from backlogged countries should hope for eased COVID-19 restrictions to trigger forward movement in the Visa Bulletin. At least in November, USCIS has clearly chosen to let EB-5 visas go unclaimed to avoid potential visa retrogression in the future.