USCIS has completed its online presentation of FY2017 data for I-526 and I-829 petitions with the recent addition of Q4 data.

Fortunately, the USCIS Immigrant Investor Program Office (IPO) managed to reduce its backload of I-526 and I-829 petitions by processing more than it received during the 2017 fiscal year. This is the first time it has been able to do this since 2009, and continuing this pattern will hopefully reduce future petition processing times. 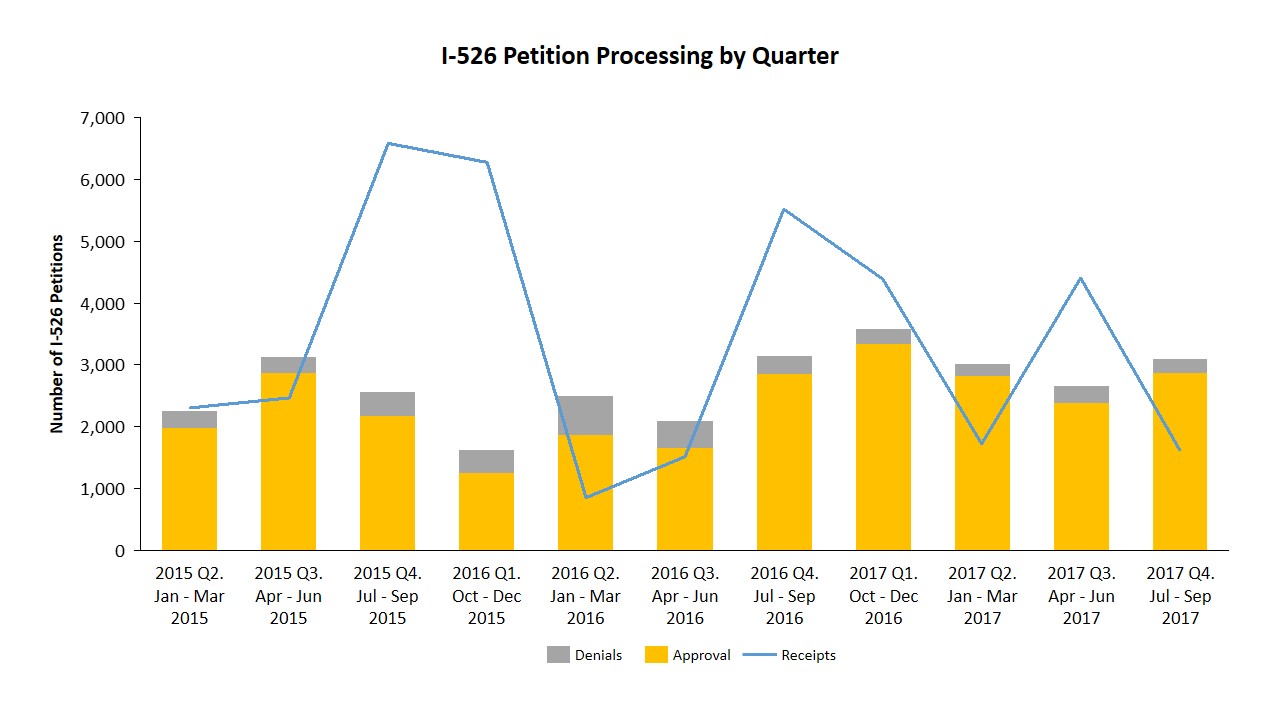 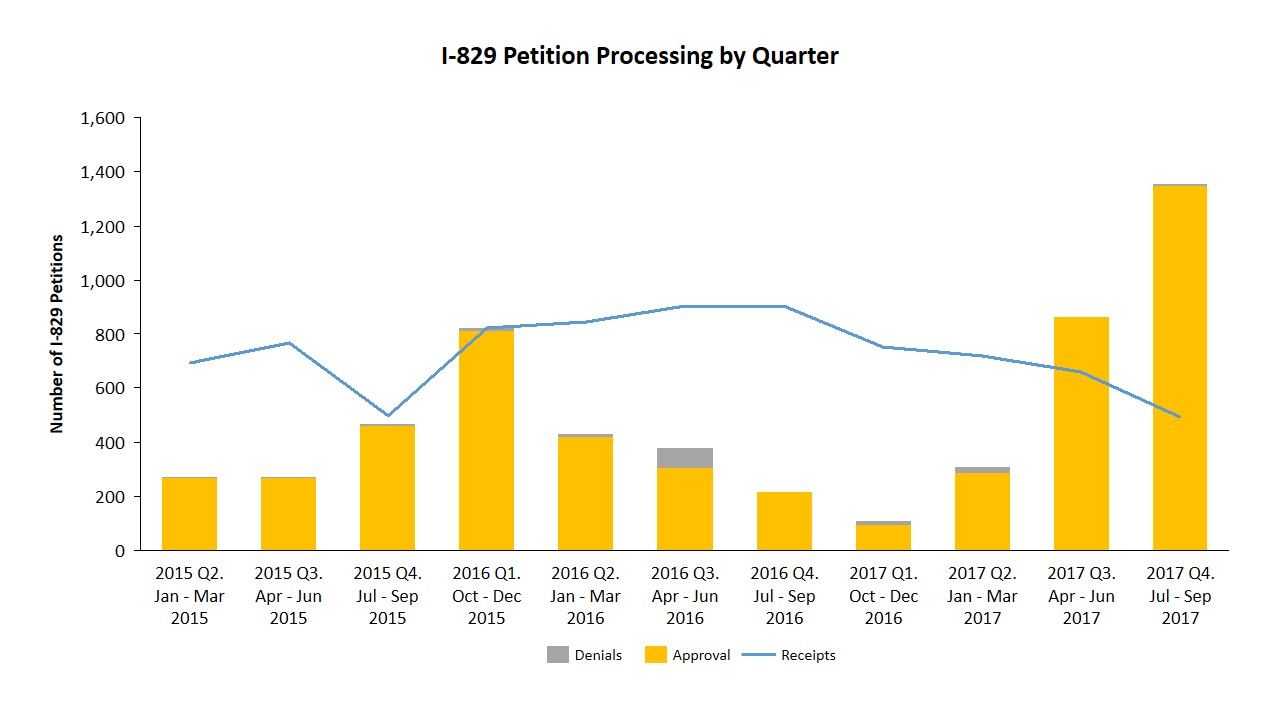 The trend over the four quarters of the 2017 fiscal year is similar to trends of previous years: sudden influxes of petitions correspond with sunset dates for regional center programs.
Despite the continued low rate of denial for I-829 petitions, it appears that fewer people with existing conditional permanent residence are filing the necessary paperwork to finalize the EB-5 process; somewhat unexpectedly, the number of I-829 petitions submitted during 2017 consistently fell each quarter. 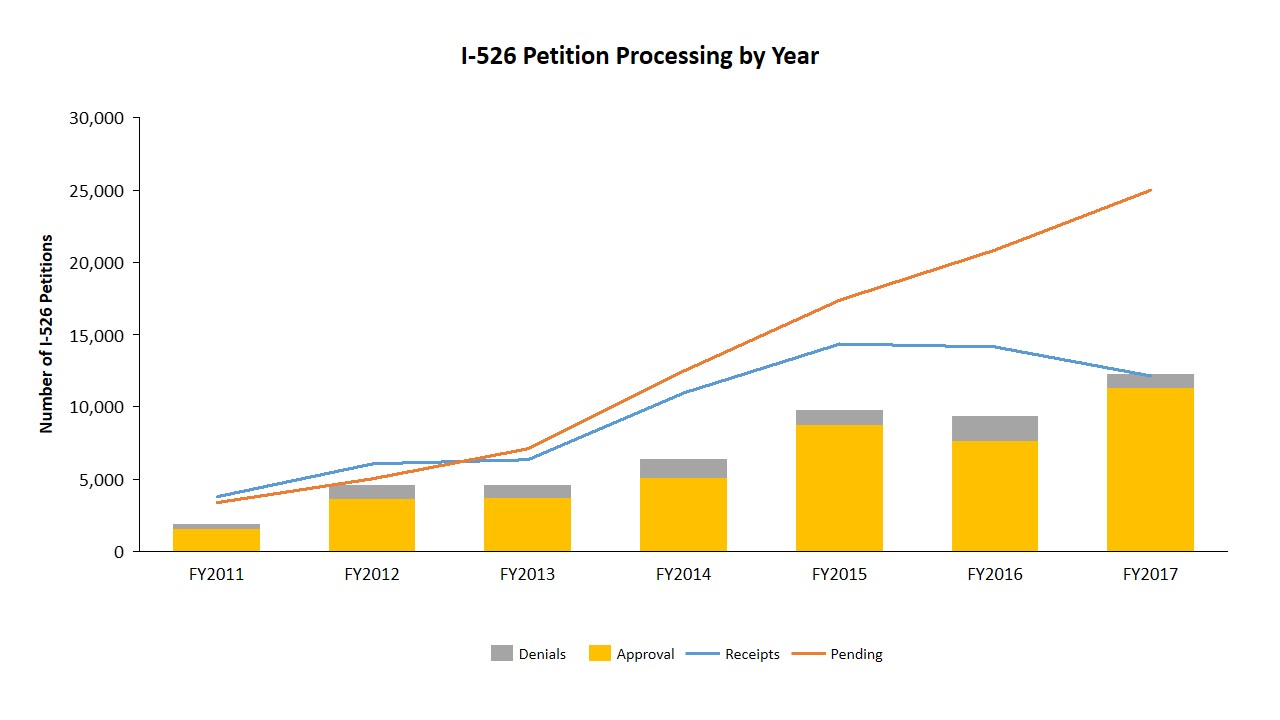 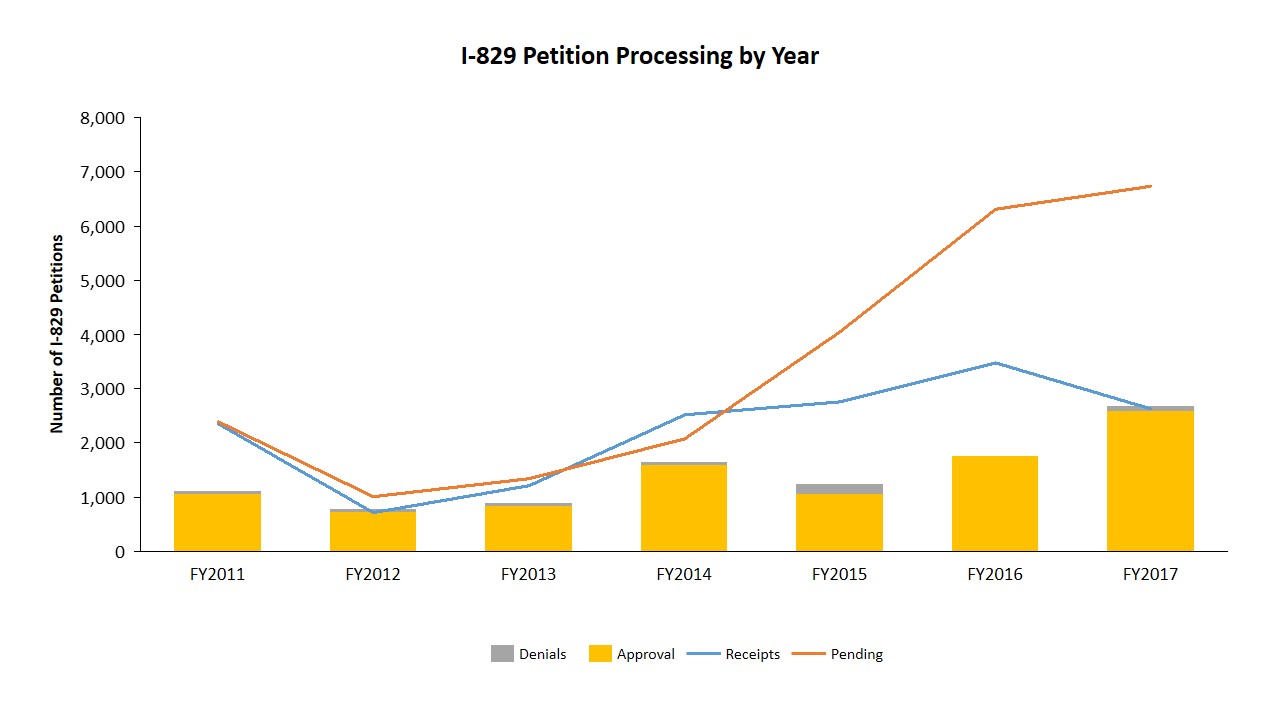 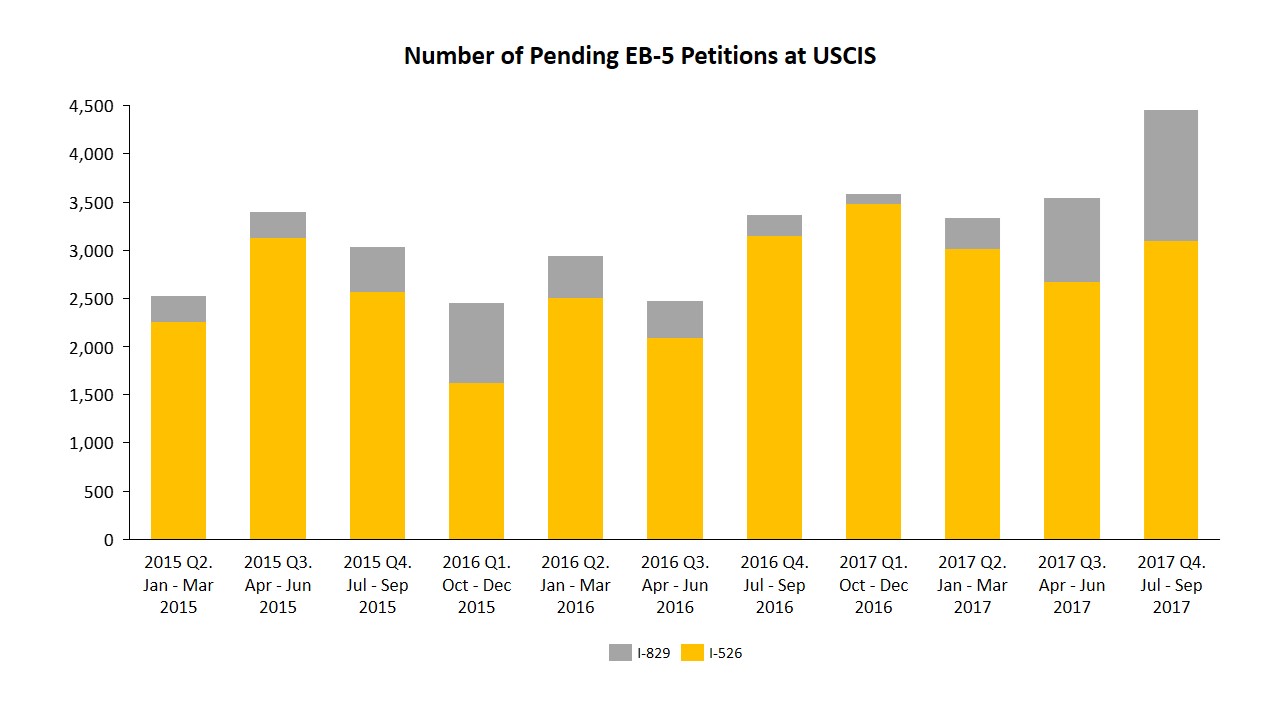 The expectation is that processing times will continue to improve during the next fiscal year, adhering to the trend of the past five years. IPO is in the process of adding to its staff in its efforts to continue reducing those times.

The updated data report also displays corrected numbers for previous years and quarters, indicating recent improvement in USCIS’s ability to maintain accurate records. However, it is interesting to note that there does still appear to be some discrepancy between the sum of the reported still-pending petitions and processed petitions and the reported number of petitions received, i.e., some petitions appear to be unaccounted for.