Despite this temporary setback, foreign nationals planning an EB-5 investment can rest assured that the EB-5 program is still up and running. Given the program’s many economic benefits, the U.S. government will likely continue to support EB-5 investments. Interested foreign nationals can still invest in EB-5 projects directly and apply for permanent resident status.

What Are Direct EB-5 Investments?

Perhaps the most important difference between direct and regional center investments is the way job creation is calculated. As mentioned previously, regional center projects can count direct, indirect, and induced jobs. On the other hand, non-regional center EB-5 projects can count only direct employment. Direct employment involves hiring employees on the EB-5 project’s payroll—these must be full-time jobs and last at least two years to be counted toward the requirement of 10 total jobs. For the most part, such jobs are either ongoing operational positions associated with the EB-5 project or construction jobs. In addition to these guidelines, USCIS sets out many other criteria for directly created jobs.

Moreover, foreign nationals who are looking for direct investment opportunities should note that non-regional center EB-5 projects are structured very differently from regional center projects. A major difference is that the new commercial enterprise (NCE) and the job-creating entity (JCE) must essentially be the same. The NCE is the business that receives the EB-5 investment, and the JCE is the project development entity in charge of creating the required jobs. Due to this requirement, the sources of funds, investment terms, and role investors play can be radically different for direct and regional center projects.

All of the above information indicates that making a direct EB5 investment requires careful planning and significant effort to ensure that the project complies with USCIS guidelines. It can be difficult for EB-5 investors to keep track of the plethora of regulations governing direct investments, so they would do well to hire experienced EB-5 consultants and a knowledgeable immigration attorney. The expertise these professionals provide will prove to be indispensable. Many EB-5 investors who did not work with EB-5 professionals or take the time to learn about USCIS regulations were unable to receive their coveted permanent resident status. 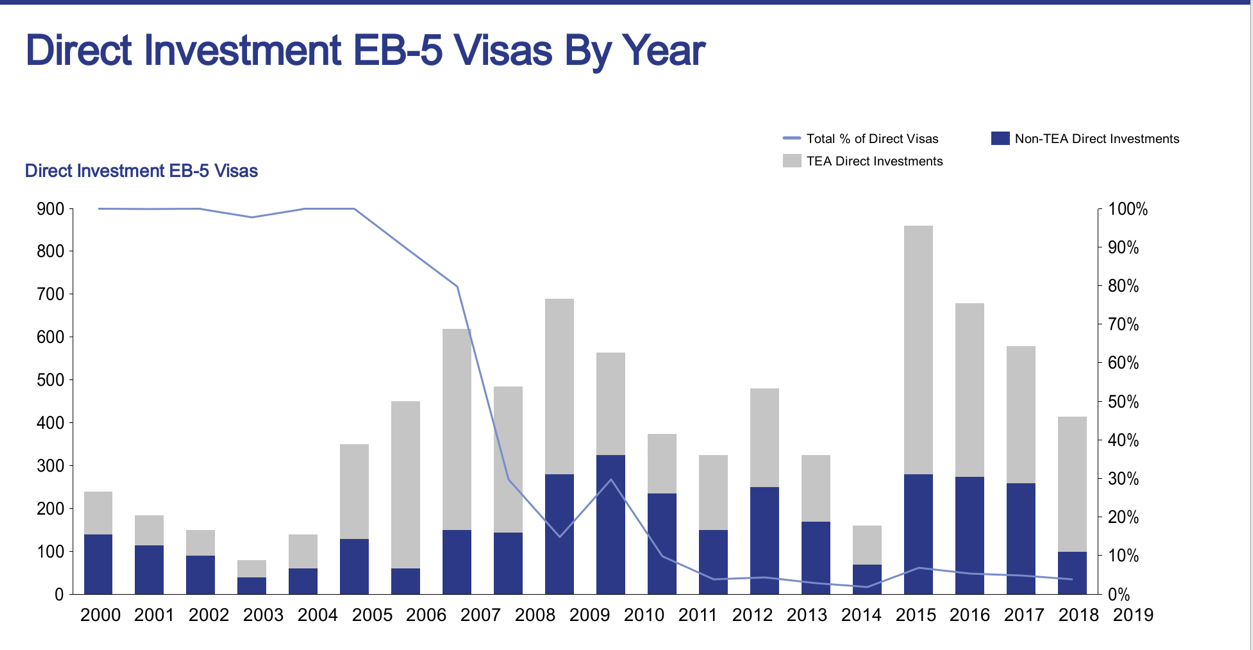 Direct EB-5 investments will likely surge in popularity given the temporary suspension of the regional center program, and EB-5 investors will be able to take advantage of the reduced minimum investment amounts of $500,000 for targeted employment area (TEA) projects and $1,000,000 for non-TEA projects. As these investment amounts may be raised, foreign nationals interested in making an EB5 investment should act quickly. Book a free consultation with EB5AN to learn more about available projects.